One Life, One Race 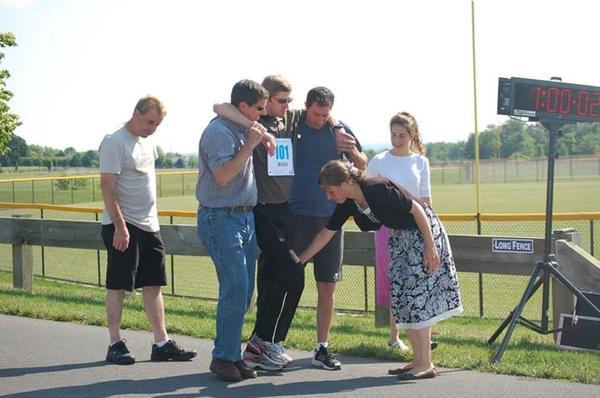 Wherefore seeing we also are compassed about with so great a cloud of witnesses, let us lay aside every weight, and the sin which doth so easily beset us, and let us run with patience the race that is set before us, Looking unto Jesus the author and finisher of our faith; who for the joy that was set before him endured the cross, despising the shame, and is set down at the right hand of the throne of God. -Hebrew 12:1-2

Dean has said for months in response to how he is doing, "I'm surviving." I was astonished the first time I heard him say the phrase in light of his situation. His words and phrases never cease to amaze me. However, several words I've come to anticipate on a sadder note. So I'm requesting prayer in these two areas: that Dean would not say, "I'm surviving" but "I'm thriving." It's my desire to see Dean living, laughing, loving, and enjoying life as he once did and experience the abundant life God promised!
The thief cometh not, but for to steal, and to kill, and to destroy: I am come that they might have life, and that they might have it more abundantly. -John 10:10
We want to extend a special thanks to all those who organized, participated, gave, and supported us in the 5K today! It blessed my heart to see all your beautiful faces and I look forwards to the day when Dean can share this same joy! He walked the last 15 feet across the finish line (pictured above) with the assistance of family after I pushed him through the course but I believe next year we will run with him!